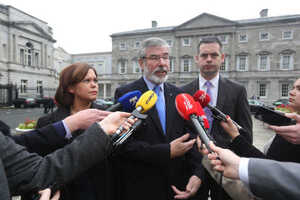 Also: Sinn Féin’s Gerry Adams and Labour’s Joan Burton are tied as the most popular political party leaders in the country.

* Almost 1,000 adults were questioned for the poll, which was carried out between October 21 and October 31.

76 thoughts on “That Day Has Come”