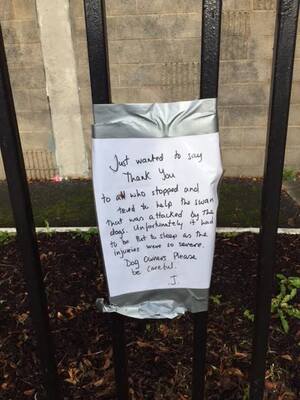 Posted across from the Drimagh Luas stop on the Grand Canal. Poor thing.