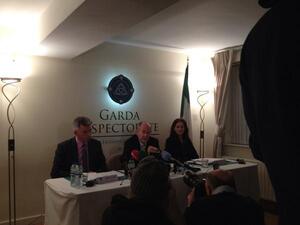 Garda Report: A large number of incidents were moved to the non-crime category of Attention and Complaints

Garda Report: Some gardaí had negative attitudes towards domestic violence by referring to calls as ‘problematic’ and a ‘waste of resources’ — RTÉ News (@rtenews) November 11, 2014

14 thoughts on “Crime Is Crime”