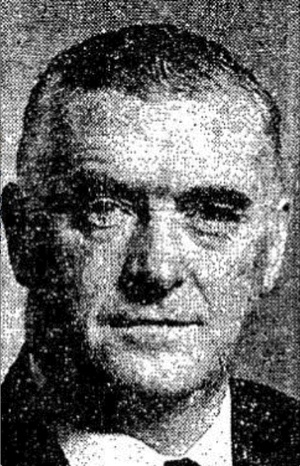 Ms McDonald said the report was completed under the watch of the newly appointed Garda Commissioner Noirín O’Sullivan and that Justice Minister Frances Fitzgerald has had it since July.

McDonald alleged that Ó Lubhlaí’s alleged victims have been told they will not recieve a copy of the report.

And she claimed Tusla has told the same victims that its inquiry into the allegations is being hampered by the fact the gardaí and the department of justice have failed to pass on vital information.

Mary Lou McDonald: “As the Tánaiste may be aware, very serious long-standing allegations of sexual abuse by the late Domhnall Ó Lubhlaí, teacher and founder of Coláiste na bhFiann, became the subject of an internal Garda review in April 2013. The review was initiated under the watch of former Garda Commissioner, Mr Martin Callinan. The review was deemed necessary because of very serious concerns relating to investigations into these complaints of abuse by An Garda Síochána. Victims feel very let down by the Garda and the criminal justice system, although it should also be said that other agencies of the State, including the Department of Education and Skills, the HSE and the Department of Arts, Heritage and the Gaeltacht, similarly failed victims in their quest for justice. Their experience of botched investigations and institutional prevarication amount to what they believe to be a cover up. The scale of abuse perpetrated by Domhnall Ó Lubhlaí is truly shocking. Some estimate that as many as 100 victims may have suffered at his hands. One of his victims was 13 years old when he was abused. His name is Gearóid Ó Conchubhair. I raise his case today at his request and with his consent.

I now understand that the Garda internal review has concluded on the watch of Ms Noirín O’Sullivan, formerly acting and now confirmed Garda Commissioner. I understand that the review report has been with the Minister for Justice and Equality, Deputy Fitzgerald, since July. I have with me a copy of the letter sent to Gearóid Ó Conchubhair, refusing him access to that review report. The letter very coldly informed the victim that the review has concluded, but that he will not receive a copy of that review detailing findings and conclusions. Other victims have received the same letter.

I am sure the Tánaiste will agree that this is mind-boggling. However, equally concerning is that Tusla has informed victims that its inquiry into these abuse complaints is being held up because the Garda Síochána and the Department of Justice and Equality have failed to pass on necessary information. What is going on? Will the Tánaiste join me in calling on the Garda Commissioner to make the review report available to victims immediately? Will she join me in calling on the Garda Commissioner and the Minister for Justice and Equality to instruct that all information required by Tusla be passed on without delay?”

Joan Burton: “As I am sure the Deputy will agree with me, all sexual abuse, whether of adults or children, is reprehensible. The Deputy might possibly join others in the House in condemning all sexual abuse. We recently had a discussion on that issue regarding the Maíria Cahill case. If I recall, her response regarding that case left much to be desired. On the case the Deputy has referred to, as she is aware I do not have access to the kind of detailed information that she has just brought to the floor of the House. Down the years I have heard suggestions and reports of what might have happened in that case and with the person who has been identified as the accuser. Given that this case is one that has been talked about over a long number of years, I am sure that those people have suffered grievously. I extend my sympathies to anyone who may have suffered at the hands of this individual whom the Deputy has identified. In order to deal with this in a responsible way the Deputy should raise the issues, which presumably she has obtained on a confidential basis from some of the people affected by the abuse, directly with the Ministers for Justice and Equality, and Children and Youth Affairs, particularly in the context of the very detailed statements and allegations she has made. I am sure everybody in the House would be deeply concerned over any suggestion of a cover up. We heard in detail Sinn Féin describe the cover up of sexual abuse that happened on its watch in communities in the North of Ireland and with supporters in the Republic. We heard about that in detail. We have had that confirmed in detail. Sinn Féin Members said that such cases had to be examined in great detail. I suggest the Deputy takes this up first with the Minister for Justice and Equality and the Minister for Children and Youth Affairs because in terms of the detailed allegations she has now made on the floor of the House I am not in a position to respond on the detail of those allegations. I think she is very aware of that. If she is seeking to assist with the victims, it might be more appropriate to go through the Ministers who have responsibility directly in relation to this in the first instance and then we can deal with it when we or they are in a position to determine, in relation to the inquiries and the allegations she has made, as to how then to proceed and respond.”

McDonald: “In case the Tánaiste did not hear me clearly, in the years that I am in this House in so far as I am concerned and the women and men of Sinn Féin are concerned, anybody culpable of crimes such as this faces the full rigours of the law—–

Paudie Coffey: “What about your actions? You say one thing and do another.”

McDonald: ” —–but I understand that the Tánaiste raised this by way of diversion and perhaps we will leave that discussion to another day. I am raising this issue on the floor of the House because I have been asked to do so. It has been requested of me as a parliamentarian.”

Paul Kehoe: “Many things are requested of the Deputy.”

McDonald: “One might ask why this request has been made. The simple reason is because these victims have faced a brick wall, institutionally, through the various Departments that I mentioned to the Tánaiste – Education, the Gaeltacht, the HSE, the Department of Justice and Equality and, indeed, An Garda Síochána. That is the reality. There is little point in the Tánaiste saying to me to say back to those victims to go to those various agencies again. They have tried that and that has failed. We know that there has been an internal review within An Garda Síochána. We know the review is complete. We know it has been with the Minister, Deputy Frances Fitzgerald, for four months. We also know, through the victims who have asked me to raise it here today, that Tusla is being held up because of a refusal of the Garda and the Department of Justice and Equality to forward on information.

McDonald: “Without getting into the specifics of the case, because clearly the Tánaiste does not have the specifics even though this has been a matter of public concern for a number of years and has been well publicised, could she not simply agree with me on behalf of those victims but most particularly on behalf of Gearóid Ó Conchubhair—–”

Barrett: “Sorry, Deputy, you are way over time.”

McDonald: “—–who wants that review report, that it be given to him? Could she not also agree that the Minister for Justice and Equality and the Garda Commissioner must hand on whatever information Tusla requires without delay?”

Burton: “As the Deputy has raised this without any notification, I have to say to her in regard to this particular case, which has been spoken of over a long number of years, that she and people in Sinn Féin would be very well aware of the fact that Mr. Domhnall Ó Lubhlaí was identified for a long period of time very closely as a very significant and important republican figure. Whether or not he was associated with Sinn Féin or at what stage—–”

Sandra McLellan: “What has that got to do with it?”

Jonathan O’Brien: “This is ridiculous, disgraceful.”

A Deputy: “A family is listening to this.”

Burton: “…he was associated with Sinn Féin…”

Aengus Ó Snodaigh: “He was a lot closer to people in the Minister’s party than anything to do with our party.”

Coffey: “That is the wrong track.”

Ó Snodaigh: “Ask some of your Ministers and they will tell you about it.”

Burton: “Certainly in any reference that I ever heard to Mr. Ó Lubhlaí his connections to the republican movement were always very strongly identified. Deputy McDonald might not like to hear that…”

Brian Stanley: “That is false.”

Burton: “…but that is the reality.”

McDonald: “And how is that relevant?”

Stanley: “That is false information.”

Burton: “Deputy McDonald knows the history of the republican movement better than anybody else in this House.”

Stanley: “That is false information and the Tánaiste knows that.”

McLellan: “It has nothing to do with this.”

Burton: “Mr. Ó Lubhlaí has been characterised in previous media reports, as Deputy McDonald well knows, as being a paedophile rapist on a very significant scale in relation to children who came under his care and attention. I do not have the results of the Garda investigations to hand but he was a very prominent republican during his life. He died before the investigation was completed…”

Peadar Tóibín: “The Government has that.”

Burton: “…and in numerous media comments in relation to the investigation…”

Tóibín: “It is sitting on the review.”

Burton: “…it was always pointed out that his links into the republican movement were of deep significance. We know…”

Barrett: “Tánaiste, we are way over time.”

Burton: “…from the discussion previously and the acknowledgements by the Deputy’s party that in fact there has been a problem of paedophilia and sex abuse particularly of children in the republican movement…”

Bringing Denis Down To Size

17 thoughts on “The Man Who Stopped The Dáil”