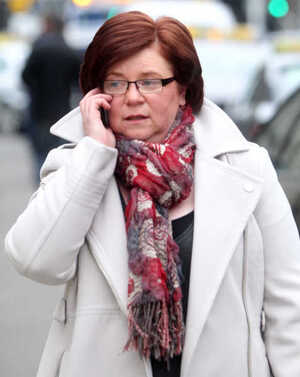 [Ms] Farrell said she was contacted by gardaí in the middle of February [1997] and asked if she would now make a statement. She agreed.

She said she went to Ballydehob Garda Station on 14 February after work.

She had originally been told gardaí would need only a two-line statement but at the garda station she said they told her they would need more detail.

She said she told them she was in a hurry. They asked her to sign a few pages and said they would work it out.

She said she thought they were just writing out that the man she had seen at a local bridge was Mr Bailey and said she did not give it a lot of thought.

She said she signed four or six or eight blank page. The statement identifies Mr Bailey as the man Ms Farrell saw.

She said she had not made it and the man was not Mr Bailey.

Previously: Marie Farrell: ‘Why I Lied About Ian Bailey’ 29 thoughts on “False Witness Bares All”