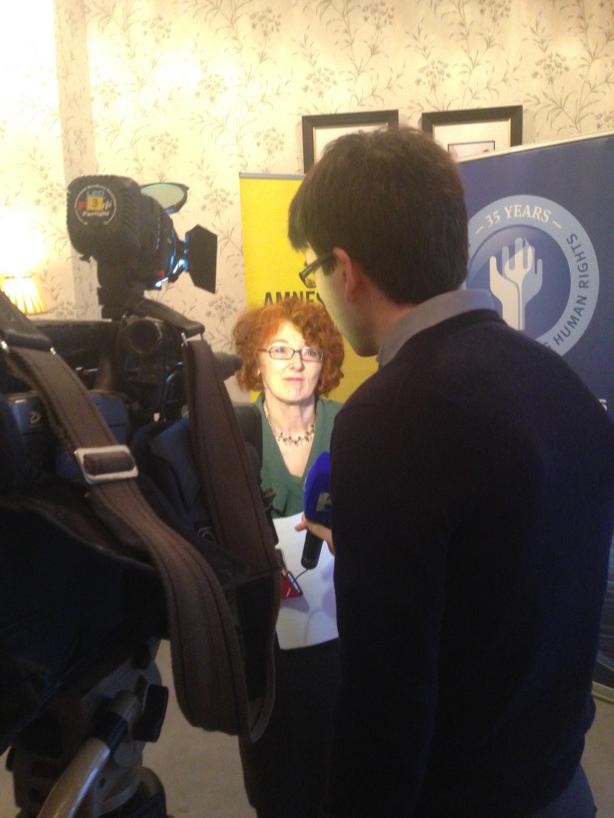 Hospital records “in several; HSE regions” have come to light showing that symphysiotomy has been covered up by the State, according to survivors, and “this systematic cover up underpins the Government’s ‘no blame’ payment scheme”.

‘thousands of hospital records have now emerged whose existence until now has been concealed. These records are key to establishing the wrongfulness of symphysiotomy, yet they have never been examined’.

‘The Minister for Health has extremely serious questions to answer. Regulatory capture has ensured the obstruction of meaningful investigation for over a decade. These obstetric records, many in private hands, point to a systematic cover up by the Government. Just how extreme the practice of symphysiotomy was has been carefully concealed by the authorities’, she continued​.

‘Official Ireland is trying to bury past abuses. Even today, freedom of information officers are being denied access to these records. All unpublished evidence of wrongdoing in relation to symphysiotomy has consistently been buried at the highest level. Women have been denied their human right to learn the truth about what was done to them.’

‘As well as official under reporting, the scheduled, experimental and frankly aberrant nature of many symphysiotomies has been effectively concealed, such as those done before pregnancy or before labour, and those done under general anaesthetic.’

‘Survivors of S​ymphyiotomy are demanding that entry to the Minister’s scheme be extended by one year to enable this crucial new evidence to be mined and that the waiver that copperfastens the non-disclosure of these records be dropped with immediate effect.’

‘The clear pattern in different HSE regions is one of non-disclosure. There appears to have been an overarching intention to withhold records, including those sought for litigation purposes. Hospitals have known for decades that “no records” is the best defense in legal proceedings.’

‘The foundation of Minister Varadkar’s payment scheme now lies in tatters. A huge cache of records spanning half a century relating to Airmount Hospital has now been “found”. The Minister’s waiver seeks to copperfasten this non-disclosure of records by forcing survivors to indemnify the hospital’s owners, the Medical Missionaries of Mary.’

‘These records might never have come to light were it nor for the diligence of certain TDs. Airmount Hospital records were located thanks to Deputy Ciara Conway, TD, who submitted a parliamentary question at our request. Other caches have been similarly identified with the assistance of Deputy Maureen O’Sullivan TD in Dublin and Deputy Jonathan O’Brien TD in Cork.’

Anything Good In ‘Alive’?

2 thoughts on “The No Blame Scheme”