Paedophiles in Ireland will pair up to apply for Irish marriage licences and adopt children.
Paedophiles will move into Ireland and gain residence here from all over the world, plenty already have. And we have enough of our own home grown , not all in the church – in fact there was ever only a minority there!

They will have everything organised through their paedophile rings here in Ireland and worldwide.  This is the downside of the proposals to get marriage for gays in the upcoming referendum in the Spring.  The paedos can pose as innocent gay people wanting to marry , get married and then apply for babies to the Adoption Board. They can then groom such kids as their sexual slaves over their lifetimes. It’s simply too horrible to contemplate, let alone to describe and write about.

…So here we are facing the prospect of horrific sexual slavery for many children in Ireland, only this time blessed by the State and by the people in upcoming referendum . The referendum will trigger legislation that cannot exclude anybody from marriage on any grounds whatsoever.
The law is indeed an ass, nothing can be done about this, not even the Adoption Board can be notified or they , the State and the gardai could be sued.
It’s an open door that could spell disaster for thousands of children in this country over future years, God help them. 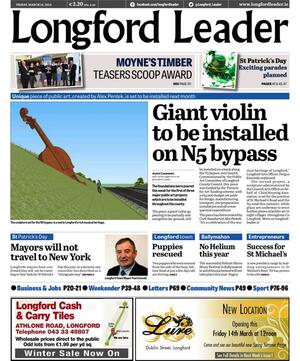 Anything Good In The Wexford People?

70 thoughts on “Anything Good In The Kilkenny Journal?”