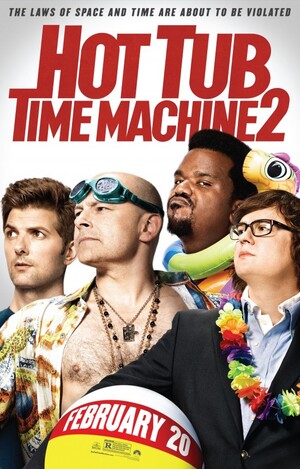 1. Who said that Hollywood was running out of ideas? Amirite?

2. Not even the once-mighty Lloyd Dobler had the stomach for this. Parks and Recreation’s Adam Scott is filling in for John Cusack.

4. Rob Corddy’s Lou must be the most repugnant movie character since Adolf Hitler in Triumph of the Will (1935).

5. If you’re reading this, Kim Jong-un, I’d love to get a peek at the emails behind this.

6. At some point in the future, a T-800 will probably be sent back in time to prevent this from ever seeing daylight.