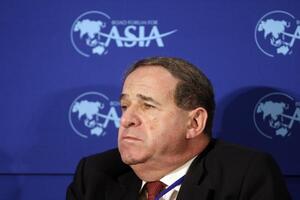 Very sad to see Leon Brittan has died. A good & honourable servant of his country. A decent and lasting friend. He will be sorely missed RIP

Sad to hear about the timely death of Leon Brittan.

I think we’re about to see “you can’t libel the dead” stretched to its very limits on Twitter. #LeonBrittan — Eliot Higgins (@EliotHiggins) January 22, 2015

Is now the time to publish the pics of a naked Leon Brittan wearing French Maids hat with a naked 14 year old boy on his lap? — Old Holborn (@Holbornlolz) January 22, 2015