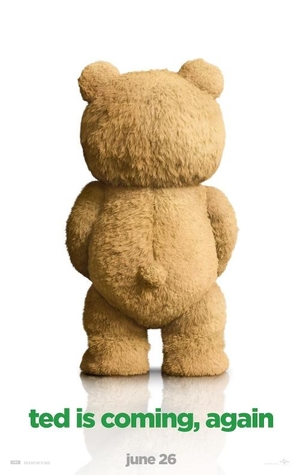 2. Ted (Seth McFarlane) and his new wife Tami-Lynn (Jessica Barth) are trying for a baby. But to have custody of the child, Ted has to prove that he is a human in a court of law.

4. It may not have been big or clever, but the first one was damn funny. Unlike A Million Ways to Die in the West (2014).

5. GORDON’S ALIVE? A quick perusal of Sam J. Jones’ IMDB entry will tell you that acting is not his primary source of income. He now runs a security firm specialising in hostage extraction and protecting the super rich in high-risk environments. How’s that for random?

6. This trailer has a noticeable lack of Mila Kunis. For whatever reason, Amanda Seyfried is taking over the role of token female.