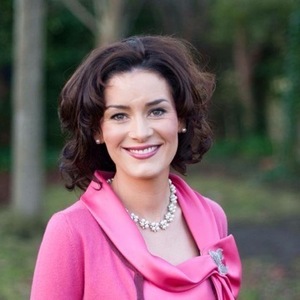 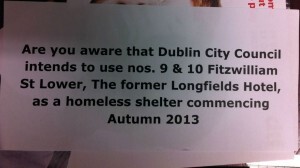 From top: Fine Gael Dublin City Councillor Kate O’Connell and a leaflet that was circulated in the Baggot Street area of Dublin in August 2013

The Irish Times reports this morning that Dublin City Council has approved plans to turn the former Longfield Hotel on Fitzwilliam Street into a homeless hostel.

It will be run by the Simon Community, which plans to close its Harcourt Street shelter once the hostel on Fitzwilliam Street is ready to be opened.

“A report by city council chief executive Owen Keegan said the council received 63 submissions in relation to its plans to convert Longfield’s Hotel for use as a homeless hostel, one of which was “fully supportive”.

Several raised concerns about potential antisocial behaviour, and the safety of pedestrians and property owners. The “temptations” close to the location, including a “gambling casino”, public houses, nightclubs, and shops selling alcohol, were highlighted.” 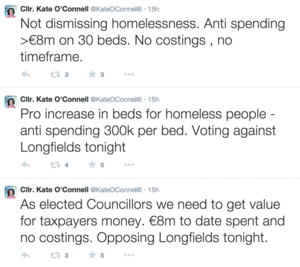 32 thoughts on “Wrecking Me Buzz”