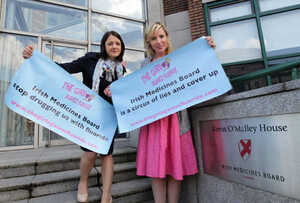 The ‘Girl Against Fluoride’ Aisling Fitzgibbon (right) and Saoire O’Brien, of Direct Democracy Ireland, at the Irish Medicines Board last year

Australian health authorities are reviewing the case for fluoride in drinking water amid concerns scientific evidence supporting the benefits and risks to people’s health may have shifted.

While most Australians have been regularly consuming low amounts of fluoride since it was added to drinking water in the 1960s and 1970s to prevent tooth decay, several controversial studies in recent years have suggested the mineral may be linked to low intelligence in children and thyroid problems that can cause weight gain, fatigue and depression.

Today the National Health and Medical Research Council revealed that a 2012 study linking very high levels of fluoride to low IQ among some Chinese children prompted it to commission a new review of the health effects of the celebrated public health intervention.

The Lesson Of Mel And Lou 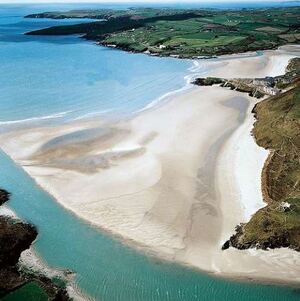 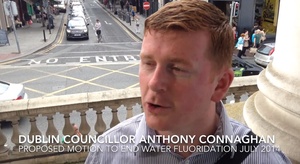 Stick That In Your Pipes