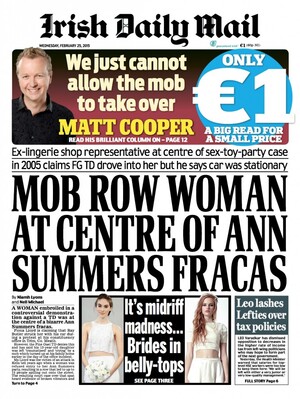 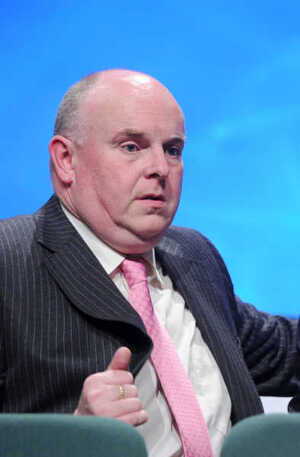 You may recall the claims made by Fiona Lloyd that Fine Gael TD Ray Butler hit her with his car outside his constituency office in Trim, Co Meath, and Mr Butler’s denial of same.

“In response to the incident outside the constituency office of Ray Butler TD in Trim, Co. Meath on Tuesday 23rd of February 2015. At this early juncture it is important to state that I am restricted in the amount of detail I can make in this statement as I may be progressing these matters legally in the near future, however this does not restrict me from responding to inaccurate media reports.”

“I attended a silent candlelit vigil at the home of Mr Butler which was organised by the Meath branch of the National Land League of Ireland to highlight the fact that he signed the Land and Conveyancing Reform Bill which has given the banks a green light to evict families from their homes, up to 50,000 in 2015 alone.”

“The vigil lasted approximately 20 to 25 minutes. I want to be very clear that there was no violence or intimidation perpetrated by any of the protesters either at Mr Butler’s home or office. There was no one wearing hoods or had faces covered, as reported in the media. Mr Butler’s brother-in-law informed us he was at a meeting in his constituency office, we then went to his office where a meeting was in fact taking place. I rang the buzzer of his office asking to speak to Mr Butler as I know him personally, as we are both from Kells.”

“I wanted to ask Mr Butler to his face why he voted to allow the banks evict families from their homes. I, myself and my family faced eviction last month so we know what it’s like to be terrorised in our home waiting for the sheriff to evict us. At this stage two men came down from the office and answered the door, they informed me that Mr Butler would not come down to talk to me. I must state at this stage that the other women present detected a strong smell of alcohol from these two men and one of these men was very abusive and aggressive to the women present.”

“They then locked the door, most of the other people present returned to an adjoining hotel for coffee. I waited for another couple of minutes with the 15-year-old daughter of my friend. As we were just about to leave I noticed Mr Butler coming out of his office and, as I know him from childhood, I approached him to ask the question I had waited for all night. He refused to talk to me and told me to make an appointment if I wishes to speak to him.”

“I told him I was blue in the [face] trying to contact him over the years. He then got into his car and locked the door.  At this stage the aggressive man who clearly seemed to be under the influence of alcohol came right up into my face, I felt very intimidated at this stage. He grabbed my wrists and pushed me forward into the path of Mr Butler’s car as he reversed out of a parking spot, at this time I was hit by the car and I was knocked backwards.”

“I grabbed hold of my friend’s daughter Molly to save myself from falling over, the man then grabbed Molly by both shoulders and shook her violently. Molly cried out to this man to release her saying, ‘stop stop stop leave me alone I’m only 15 ‘.”

“Mr Butler then drove away passing an oncoming Garda car. An ambulance was called by the guards, within minutes a paramedic arrived and began to assess my injuries. I was then removed to Connolly Memorial Hospital were I spent the night. The doctors examined me and told me that my hip has been compressed into my pelvis and I suffered soft tissue damage and bruising. They also informed me that I will have a long road ahead with physiotherapy. I would like to thank the paramedics and in particular the management and staff of the Trim Castle Hotel for their professionalism and kindness on the night.”

Previously: ‘I Could See Her In The Rearview Mirror’ 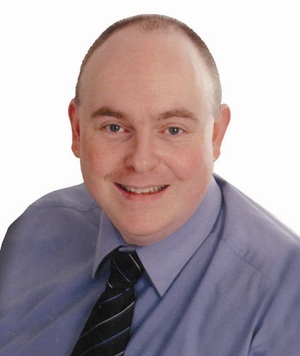 ‘ I Could See Her In The Rear View Mirror’