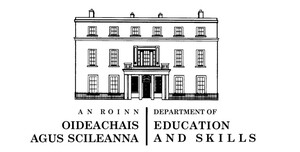 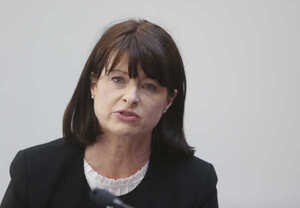 You may recall a post from last September regarding a report by the Children’s Ombudsman into allegations of physical and sexual at an unidentified primary school in Co. Kilkenny.

The school’s child-abuse prevention policy which applied at the time of the alleged abuse states:

“The Stay Safe programme has been approved by the board of management as a teacher’s aid to be used in accordance with the Catholic ethos which demands that the law of God and of the church, and not the child’s feelings, be the guiding principle.”.”

Further to this, Ms McCarthy spoke about the case on Tonight With Vincent Browne last night.

Her appearance followed Fianna Fáil leader Mícheal Martin raising the matter with Taoiseach Enda Kenny during Leaders’ Questions yesterday in which he claimed the Education Minister and the Department of Education have refused to meet with the parents of the children concerned.

“In 2006, a child came home from her rural school in Co. Kilkenny and she had a bruise on her arm and when her parents asked, ‘what had happened?’, she said that, ‘a teacher had done it’.

This was the start of what turned out to be a series of disclosures by children, 10 children, aged mostly 5 and 6, who were in a national school, against 3 female teachers in their school.

They alleged that all three had been physically abusive and that two of the teachers had been sexually abusive. The parents contacted the school and, to this day, they really have got no proper response.”

She released it to the relevant parties on the day that she left the job as Children’s Ombudsman. The reason it took five years to complete that report is that it was blighted by legal considerations. First of all, the need to keep the identities of children private. But, secondly, because there are serious issues about people’s reputations. And I have to make it clear that these are just allegations.

But the Children’s Ombudsman found very serious, made very serious findings in relation to the HSE and the school found that these allegations were never, in effect, investigated because they were never properly investigated.

Now the report was released to the school, to the Department of Education and to [child and family agency] Tusla and they were all given time to respond to it. That time is up. I believe that the Tusla and the department have responded.

I wrote a story myself some time ago that the chairman of the board of management, who is a priest, held a meeting with the parents of the children who are currently in the school and told them that the report [Children’s Ombudsman’s report] is riddled with errors, he wants it withdrawn and an apology made.

Since this all happened, new complainants and new allegations emerged. These are now being investigated by the guards on Harcourt Square in Dublin. There’s a more serious attitude being taken this time.

That means you have guards investigating this at the moment, Tusla has also appointed a child law solicitor to do a review of how the original allegations were handled.

And that’s probably a good sign that the solicitor I believe is Catherine Ghent, who has a very good reputation. I don’t think she would have taken this on if she felt she wasn’t going to be able to do a proper review.

“When Louise O’Keeffe met the Taoiseach, and I think it was the Minister for Children and the Minister for Education, before Christmas…you remember she came to meet them to discuss how the Government was going to respond to the European Court judgement.

She actually brought a letter with her that was written by that first child, who came home with the bruise on her arm and that child wrote that letter to Enda Kenny, asking him to do something about this.

And I think it’s very interesting that, in fact, the Government’s response to the judgement in the Louise O’Keeffe case is to exclude anybody who was abused in school where no previous complaint had been made.

Now, if you were to apply that to  this current case, and to think these are still children, they would not qualify because there had been no, that I know of, no complaint made before that child came home in 2006 with the bruise on her arm.

Previously: ‘Any Minister In that Cabinet Meeting Should Be Ashamed’ 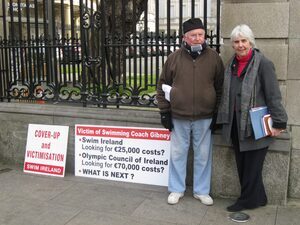 Going To The Country 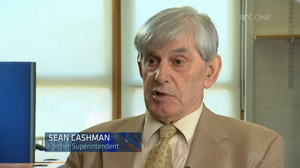 ‘Success On The Rugby Pitch Was Put Ahead Of Child Protection’

20 thoughts on “The Girl With The Bruise On Her Arm”