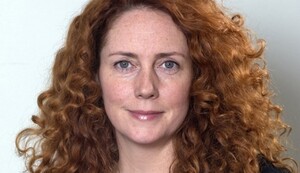 “Rebekah Brooks, the former tabloid editor who was cleared of all charges in Britain’s phone hacking scandal, is returning to News Corp to run Storyful, the company’s social media news agency.”

“The return of one of Rupert Murdoch’s closest allies — and a former chief executive of News Corp’s UK subsidiary — has been the subject of much speculation since her acquittal last summer. A recent visit to News Corp’s New York offices sparked talk that she would take a senior role with the company in the US.”

“However, two people familiar with the situation told the Financial Times that Ms Brooks would continue to be based in the UK but would spend time in Dublin at Storyful’s headquarters.”

Anyone Fancy A Leveson Inquiry Cakepop?

31 thoughts on “Anything Good On Storyful?”