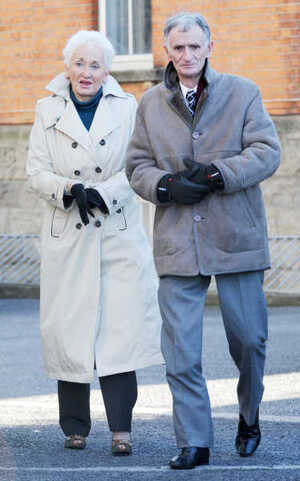 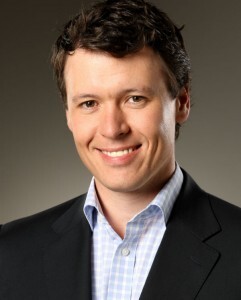 From top: Terry Prone and Tom Savage and (above) Anton Savage.

The latest edition of Phoenix magazine (on shelves today) contains a lengthy profile of Anton Savage, who presents his own show on Today FM from 9am until noon, Monday to Friday, and  is a director of the Communications Clinic, a business he founded with his parents Chinese Wall specialists Terry Prone and Tom Savage.

“The Communications Clinic and FG have a longstanding relationship in terms of media training. PR advice, etc. Savage has personally trained Enda Kenny in the past. Meanwhile, records released recently to Goldhawk under the Freedom of Information Act show how lucrative this relationship has been for the PR firm.

These show that from 2012 to 2014, the company was paid nearly €180,000 from an Oireachtas fund called the Special Secretarial Allowance (SSA).

The SSA “is to assist towards expenses arising from the purchase of certain secretarial assistance [and] public relations.”

Over those years, the now Minister for Justice Frances Fitzgerald paid the company nearly €60,000 out of this fund, including around €15,000 last year. This is despite the fact that Fitzgerald already has a press advisor, former Sunday Business Post political correspondent Niamh Connolly.”

“James Reilly also used the SSA to pay a total of nearly €60,000 to the Communications Clinic over those three years, including over €16,000 last year.

His spokesman told Goldhawk that this was for public relations advice on healthcare reform. Phil Hogan was also a client, having paid the company €40,000 from 2012 to 2014 from the SSA, while FG chief whip Paul Kehoe paid the Communications Clinic €18,500 in 2012 from this fund.”

“These figures provide a snapshot of the relationship between FG and the Communications Clinic but don’t tell the full story. They don’t indicate, for example, how much FG pays the company out of party funds, which are not subject to Freedom of Information.”

The PR firm’s complete client list is a closely guarded secret but there was good news for Savage in 2013 when it emerged that a proposed public register of broadcasters’ interests from the BAI was to be shelved (for the time being, at least). Such a register would pose a major headache for Savage and the Communications Clinic and happily this has been firmly kicked to touch. The BAI recently told Goldhawk that a statutory review of the 2013 code is to take place in 2017 and that , ‘it may be that the outcomes of the review will result in considering again the issue of a public register of interests’ 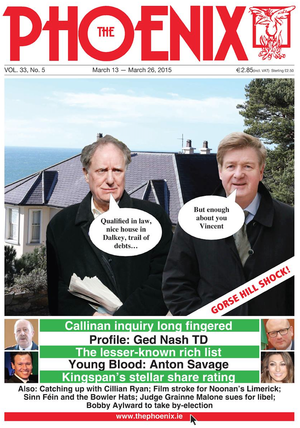 A Bannon On Women’s Rights

18 thoughts on “All In The Family”