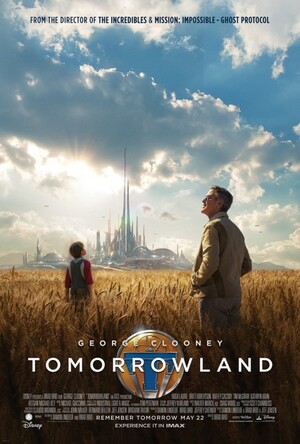 1. A scientifically-curious teen (Britt Robertson) and a genius inventor (George Clooney) embark on a mission to unearth the secrets of a place somewhere in time and space that exists in their collective memory.

2. Mr. Amal Alamuddin gets back to work after the honeymoon.

5. A movie based on a theme park ride? Pffft… that’ll never work.