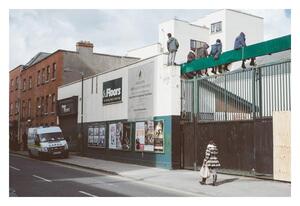 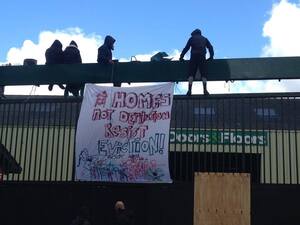 The people living here mostly have low paid insecure jobs. They don’t have friends in high places. Contrast what you see in the video (above) and hear with the very different treatment of the ‘bog standard house’ at Gorse Hill. And what you will see was recorded with the Garda and security knowing they were being recorded, imagine their behaviour if the cameras were not there.

The moment an eviction contractor smashes a resident's leg with a metal bar in #Grangegorman @WSMIreland @wearerabble pic.twitter.com/VpDTKhylE5

65 thoughts on “Meanwhile, In Grangegorman”