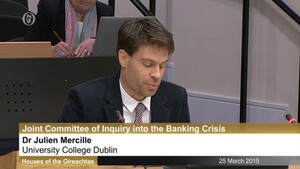 French-Canadian beefcake boffin Dr Julien Mercille is currently addressing the banking Inquiry over the media’s role in the financial crisis.

The accumulation of sovereign debt in Ireland and Europe gave rise to the possibility of default and restructuring. However, the media described a potential default as a ‘cataclysm’, an ‘evil day’, ‘an unmitigated disaster’, ‘hugely damaging’, a ‘doomsday scenario’ and likely leading to ‘intolerable contagion effects’ throughout the eurozone. However, scholarship on sovereign debt restructuring reveals that countries that decide to cancel the repayment of their debts typically suffer only short-term economic costs and that long-term negative consequences are not significant, so that overall, defaulting often yields positive outcomes, as in Argentina and Greece.
The media have also strongly endorsed austerity since 2008. At the outset of the crisis, the media called explicitly for a campaign to ‘educate’ the public about the need for austerity. The Irish Times editors complained that ‘Members of the general public still do not appreciate the possible extent of the economic downturn’ and editors thus asserted that ‘the Government will have a major job to do in educating public opinion about unpalatable economic realities and the need for civic discipline’. 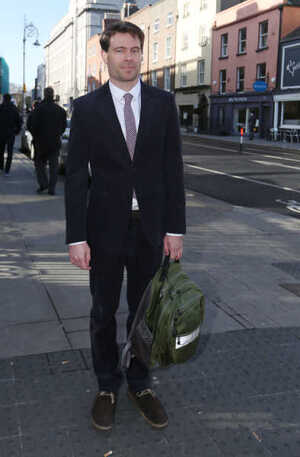 The Quality Of Mercille Is Not Strained