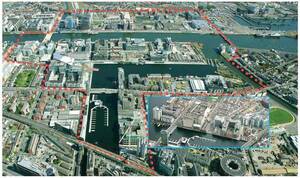 Gets the golden ticket.

The development also provides for the new ”Chocolate Park” [based on Roald Dahl’s classic on a site is in the middle of the peninsula between Hanover Quay and Sir John Rogerson’s Quay] public open space.
This decision marks the first major planning application to be granted by Dublin City Council as the Development Agency for Dublin Docklands. Three other significant applications for development in Docklands have also been made to the City Council including the mixed use development at Boland’s Mills….

Squeezed Out Of The Market

23 thoughts on “What Could Go Wonka?”