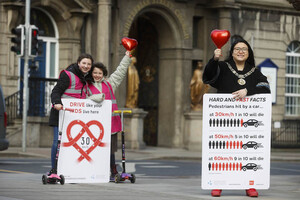 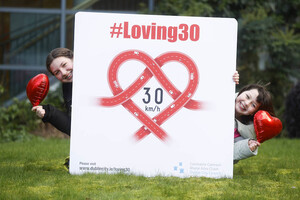 Dublin City Council is inviting members of the public to provide feedback on a proposal to have a default 30km per hour speed limit across most areas of the city.

The Non-Statutory public consultation opens on Friday, 9th April until Friday, 23rd April 2021. Members of the public are asked to make their submissions on Dublin City Council’s Consultation Hub *at link below) or email speedreview@dublincity.ie

All submissions will be reviewed and taken into consideration ahead of a final decision being made to extend the 30km/h speed limit.

A report will then be prepared and presented the Traffic & Transport Strategic Policy Committee on the 25th May 2021. The report will also be presented at the City Council Monthly Meeting on the 14th of June 2021 for approval to carry out a 6 – week Statutory Public Consultation process to amend the existing Speed Bye-Laws…. 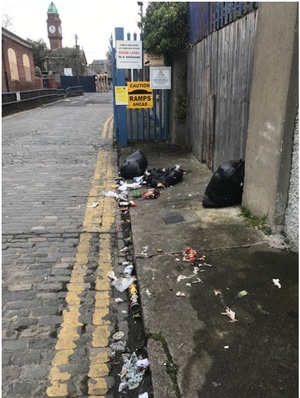 Sad that Dublin City Council waste management workers drove in & out of here yesterday without noticing this mess?

The Dublin Place Brand team within Dublin Council have launched a new campaign called ‘Open for Christmas‘ to encourage people to support city-centre businesses in the run-up to Christmas. The campaign features ads across outdoor sites, print, digital, radio and social platforms. Plus a video (above), featuring Dubliners and narrated by poet Stephen James Smith with music by Hudson Taylor. 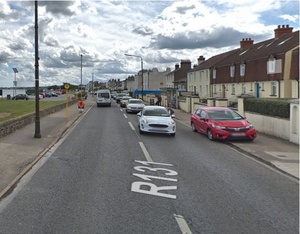 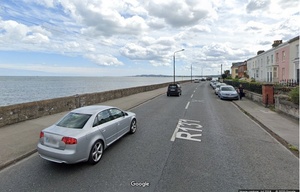 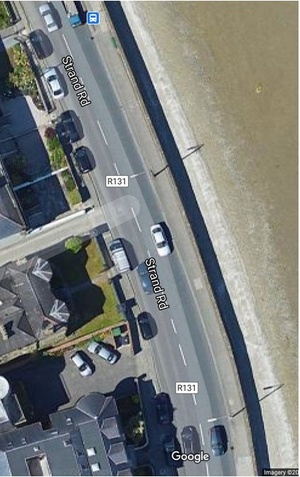 Dublin City Council voted against the Sandymount cycle path trial [along Sandymount strand, Dublin 4] Due to residents’ concerns about displacement of traffic into Sandymount village.

The decision is now postponed until January, but looking less likely it will ever happen.

As a resident of Sandymount I was very much in favour of the plan.

Strand Road is a popular route for cyclists, yet is quite dangerous due to a lack of provision for them.

There is a major problem on Strand Rd with on-street parking on the inbound side between the martello tower (St Johns Rd) and Newgrove Ave (Roslyn Park College).

The road is simply not wide enough for 2 lanes of traffic and parking, which results in cars parking up on the kerb. These cars create a blockage for pedestrians on the path (particularly wheelchair users and those pushing buggies), and also pushes cyclists further out into the busy road.

I would argue that if Dublin City Council are going to postpone their segregated cycle lane, then a good interim measure would be removing the hazard of these parked cars by installing double yellow along the length of Strand Road in both directions.

In DCC’s consultation document they describe this parking as ‘informal’, which suggests they take no responsibility for it. There seems to be no signage or ticketing in operation, even though I would have assumed there’s a bylaw against parking on the path in this manner.

If residents on Strand Rd are so desperate to park immediately outside their houses, then they should consider converting their front gardens to parking spaces.

A car is a private piece of property, why should anyone have the right to leave it (for free, in this case) on public land, obstructing a public road and path?

DCC make the valid point that the solution put forward by residents to build boardwalks over the beach and separate cycle lanes, would take years of planning and costly infrastructure as it’s a marine protection area.

DCC’s plan creatively solved these issues by re-purposing our existing resources, but unfortunately it is now put on a back-burner.

Everyone is in agreement that cycling infrastructure in this area, which is very popular with cyclists, needs improvement.

So why not make this small change, which will not completely fix the problem, but would hopefully reduce the risk for cyclists and pedestrians?

The consultation documents (now over) can be found here for anyone interested. 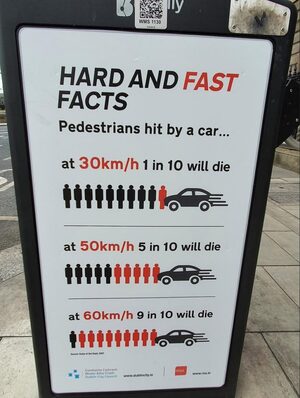 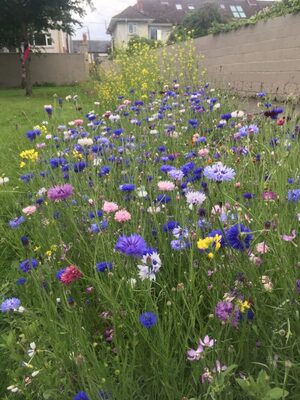 I have been slowly rewilding local public parks with my friends since 2018. I mix my native seed into the wildflower seed I receive from @dublincorpo & dedicate 80% of the space to native seedlings. This piggy back method of introducing native #wildflowers is very successful. pic.twitter.com/iT6MIFi81u

No ‘illegal plants’, we trust.

Thanks Gemma (a different Gemma) 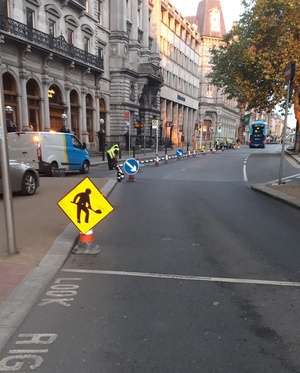 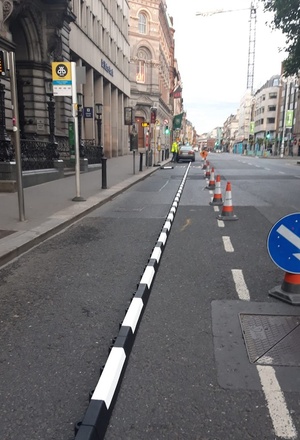 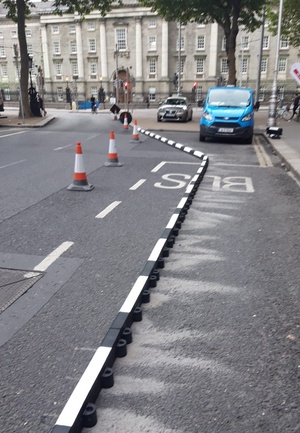 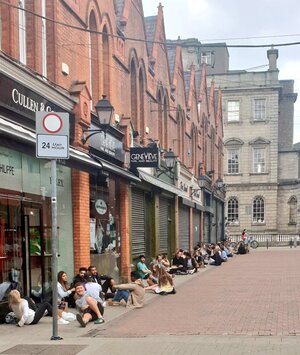 Instead of trying to stop people meeting friends and sitting down in the city, maybe we could supply chairs instead (like nearly every other city

You can wet our steps, but you’ll never take our freedom (to gather with pals) I mean we’re CRYING out for some on street seating/cafe culture/bag o’ cans seats… 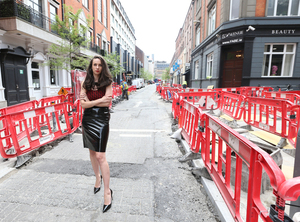 Marija Aslimoska (above and top), founder and creative director of Parfumarija in the Westbury Mall claims that roadworks to upgrade the junction of Clarendon with Chatham Street have been continuing for over a year, and are damaging her business by preventing access to pedestrians.

Over a year, anyone? 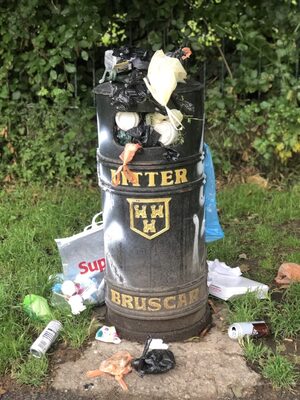 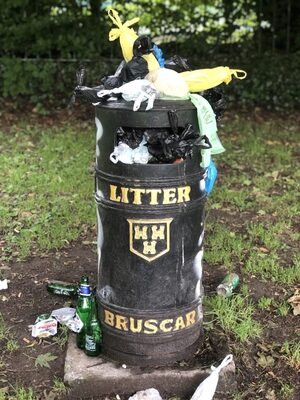 Them bins are full lads.

2. What’s the story with the lads that are supposed to be emptying these bins?