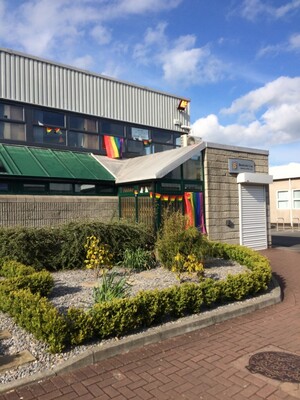 1000+ Waterford Institute Of Technology students and staff signed a petition to ask college authorities put up a pride flag in advance of the Marriage ref but the students were declined their request, despite Maynooth college (a bloody seminary!) allowing the pride flag to be flown on campus there. Nice little bit of fortitude from WIT SU though.

Then the dull, dour, black and white, sign below (which by itself sucks the happiness out of the universe), appeared on WIT campus. Lookit, sure we all know everyone is entitled to their opinion however, their contradictory definition of ‘equality’ needed to be rectified. So someone fixed it. Can’t be having signs which are not ‘academically’ correct hung in a 3rd level institution now can we?” 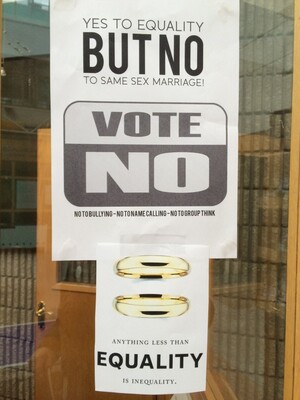 TCD: Things Just Got A Little More Messed Up

Don’t Adam And Eve It