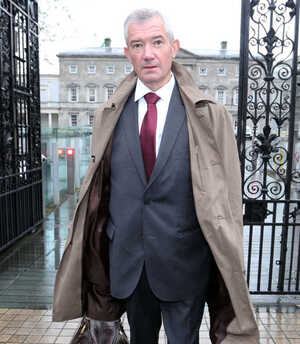 At the banking inquiry:

Mr [Richie] Boucher told the banking inquiry he knew on September 29th a “systemic guarantee” would be put in place.
He confirmed the position of his predecessor [as Bank of Ireland CEO] Brian Goggin that all banks would be covered by the Government decision.
This is in direct contrast to the evidence of Allied Irish Bank [CEO Dermot Gleeson] before the committee.
The chief executive also defended his salary of €843,000….
…Mr Boucher was asked about a letter he had written to Dublin City Council as Head of Retail about a property deal in 2007.He said that was a “mistake” and one of the “many stupid things he had done”.
It was a letter of support for a development by Sean Dunne in Ballsbridge, Dublin 4.

Banking inquiry: B of I knew it ‘may need’ government help (Irish Times)

Anything Good On Sinn Fein TV?

Of Mies And Men