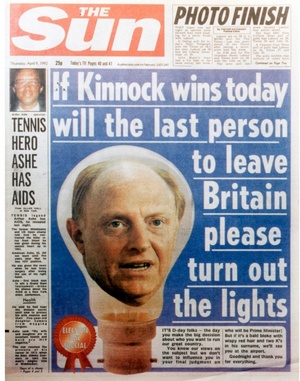 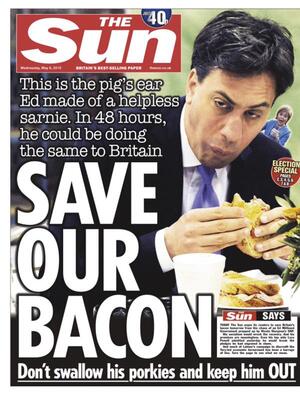 The eve of 1992 General Election issue of The UK Sun (top) and today’s cover (above).

Research by the Media Standards Trust found that 95% of the leader columns in Rupert Murdoch’s tabloid were anti-Labour ahead of Thursday’s general election, compared with 79% that were judged anti-Labour in 1992.
…Rupert Murdoch is said to have berated journalists on the Sun for not doing enough to stop Labour winning the election and warned of the consequences of a [Ed] Miliband win for the future of News UK.
Miliband has said he will take action against the amount of power wielded by Murdoch in a review of rules regulating media ownership in the UK…..

43 thoughts on “Neil Before Him”