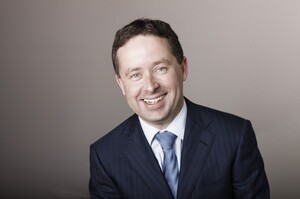 Alan Joyce aged 48, was born in Ireland and began his career with Aer Lingus. He joined Qantas in 2000, and became its CEO in 2008.

There’s one expression I love about Australia – that it’s “the land of the fair go. At Qantas, we call ourselves “the spirit of Australia” and see ourselves as representing our community.

We want all the people who come to work every day to feel equal. To feel that they can contribute equally in the organization, and in the country. So any piece of legislation that still says ‘you’re different’, ‘you’re second class’, ‘you don’t have the same rights as everybody else’ is bad for everybody’s position.’

‘As a gay man running the biggest iconic brand in the country, I believe Australia is a meritocracy. I don’t know many countries in the world where you would see that happening – the national airline, this iconic Australian brand… I’m Irish, and I’m gay, and I run this company.

‘And when you think of the history of this country, being one of the first to give the vote to women, our progressive nature has somehow gone missing on this issue.’

‘Now, if the referendum in Ireland passes – and it has great support there – then the only nationality that we can’t get married on is our Australian nationality. Which is terrible!