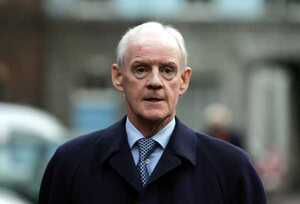 Sir, – I refer to the article by Colm Keena headed “Goodman company owner paid little tax on €52m profit” in The Irish Times of April 24th.

The article was misleading and damaging to the group as it did not give a fair reflection of the taxes paid. The group, which is headquartered in Ireland and has successful operating plants in Ireland, UK, Poland, Holland, Denmark, Austria and Spain, pays substantial millions in corporation taxes on the profits earned and is tax compliant in all jurisdictions in which it operates.

The article, which concerned part of the financing structure of the overall group, implied a tax rate for the entire group by reference to the rate of tax paid by selective holding/financing companies within the overall structure. For the accounting year ended March 31st, 2014, the effective rate of corporation tax for the entire group was in excess of the Irish corporate tax rate.

“The Revenue Commissioners are reviewing the international corporate structures used by Larry Goodman’s ABP Food Group and other businesses, in the light of details made public last month.”

“The move comes in the wake of reports in this newspaper about a group of companies based in Luxembourg, the accounts of which show massive inter-group loans and dividend payments that are only lightly taxed. A company called Parlesse Investments Sarl has booked profits of approximately €280 million between 2010 and March 2013, and paid tax of approximately €800,000…Mr Goodman is a former director of the company.”