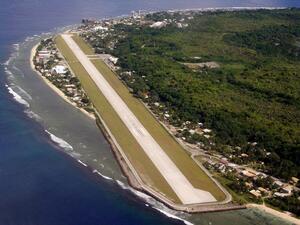 The Island of Nauru in the Central Pacific

A spokeswoman for Facebook said: “We believe that restricting access to a free and open internet deprives people of important economic and social opportunities and choices, and hope that access will be restored soon.”

Opposition members of the Nauruan parliament have expressed concern about the censorship in Nauru.

The former president, Sprent Dabwido, said the block was imposed due to “paranoia” about independent media scrutiny on the island nation.

The Facebook ban was directed by the Nauruan government, but was imposed by the nation’s internet provider, Digicel. It came shortly after the general manager’s visa was cancelled and she was replaced by another Digicel staff member.