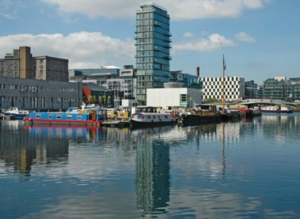 “There has been “untold damage done to the Irish start-up ecosystem” since the introduction of the revamped Employment and Investment Incentive Scheme in 2011.

This is the view of Ian Lucey an investor with 40 investments in Irish startups, who organised a recent conference held at the Wayra startup accelerator.”

“Since the introduction of the Employment and Investment Incentive Scheme (EII) in place of the Business Expansion Scheme (BES), the amount claimed by start-ups has dropped by two-thirds from €41m in 2011 to €16m in 2013.”

“Paul Jenkinson, managing partner at Jenson Seed fund gave a presentation on how to “hack the UK system” and the advantages of the UK system in comparison to the Irish one.

The conference also heard that while the Irish government introduced the counterproductive EII, in the UK, the British government changed its equivalent of EII, called (SEIS) the Seed Enterprise Investment Scheme. This change led to a jump that almost tripled the investment in start-ups overnight.”

“If lean, agile Irish startups have to move to Silicon Roundabout in the UK to survive they might as well know the facts,” suggests Lucey.”

My Walk To School