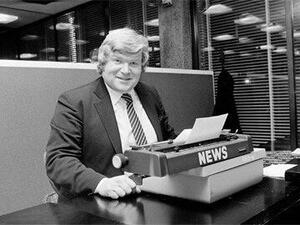 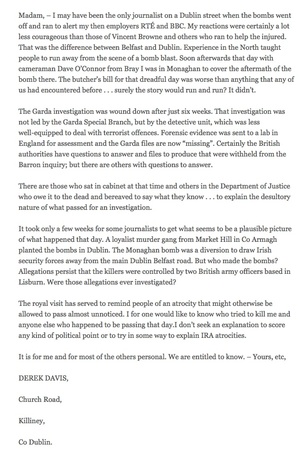 “I for one would like to know who tried to kill me….I don’t seek an explanation to score any kind of political point or to try in some way to explain IRA atrocities. It is for me and most of the others personal.”

A letter from the late RTÉ broadcaster Derek Davis concerning the Dublin Monaghan bombing of May 1974. 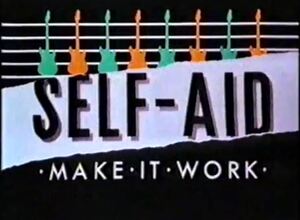 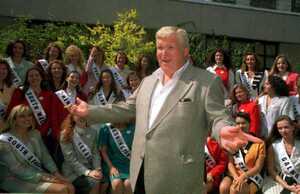