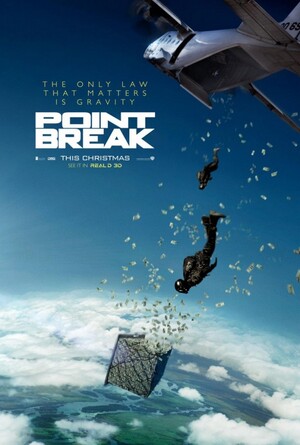 1. The original Point Break (1991) is perhaps the most ridiculous action movie ever made. It’s a masterpiece.

2. So why not do a remake set against the world of extreme sports? BECAUSE IT’S A HORRIBLE IDEA.

3. The new Johnny Utah? Luke Bracey. He lacks the depth, subtlety and nuance of a Keanu Reeves.

6. Gerard Butler was originally going to play the Swayze role, but he bailed. When Gerard Butler bails, you know you’re in trouble.

7. Suggested tagline: There will be jumping. Lots of jumping.