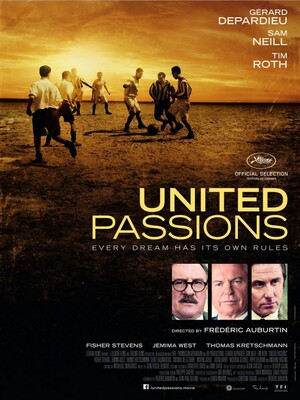 1. Just a quick reminder that this actually exists.

2. The story of FIFA was screened at Cannes 2014, but a year later is still without a release date.

3. FIFA bankrolled this to the tune of £16m. That would have funded the GOAL project (supporting football in developing countries) for a year.

4. Sepp Blatter (Tim Roth) is one of the good guys.

5. That’s the equivalent of Anglo funding a movie where Seánie Fitzpatrick volunteers at a homeless shelter and gives all his money away to the poor.

6. Between this and Grace of Monaco (2014) was a bad year for Roth. And credible accents.

7. “You need the money. We need the world championship.” It probably seemed like a good idea at the time.