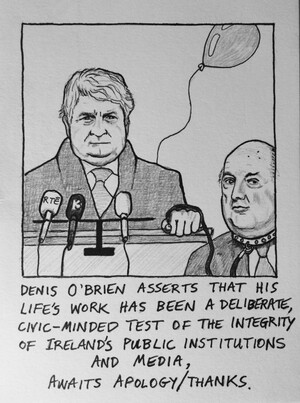 When Denis O’Brien, the Irish media billionaire, owned a stake in this newspaper [The London Independent], he came in to the architecturally esteemed building we inhabit in London to meet then-editor in chief, Simon Kelner.

Most first-time visitors to Northcliffe House look up at the vast, six-storey, glass- roofed atrium, past the waterfall, tropical plants and, at the time, feng shui garden, and gawp, impressed.