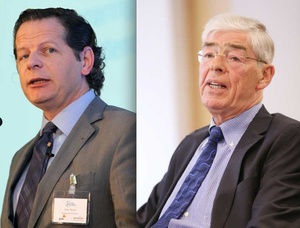 Freshly obtained FOI documents by Catherine Murphy reveal the level of mistrust and rancour between the Department of Finance and Alan Dukes, chairman of IBRC, formerly Anglo.

They include a letter Dukes sent to former secretary general at the Department of Finance John Moran on October 6, 2011.

Followed by the minutes of two meetings between IBRC and Department of Finance officials  – on November 24 and December 1, 2011 – when both Dukes and Moran were present.

The final document is a letter Moran sent to Dukes on December 23, 2011. 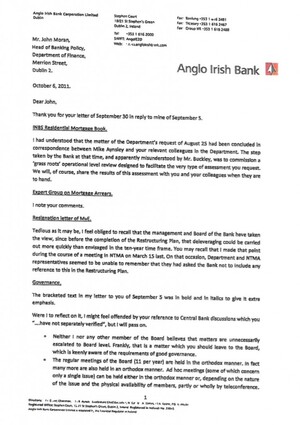 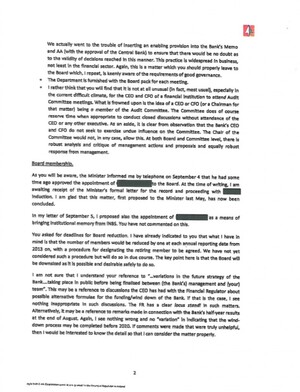 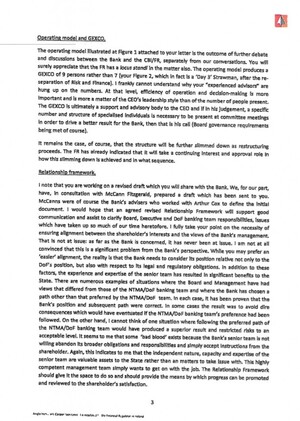 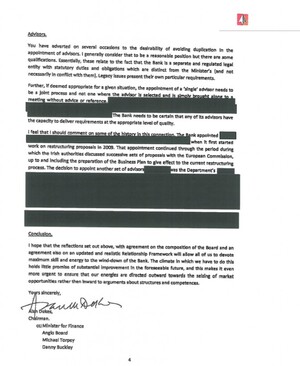 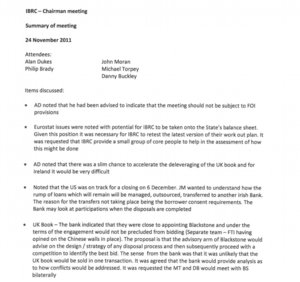 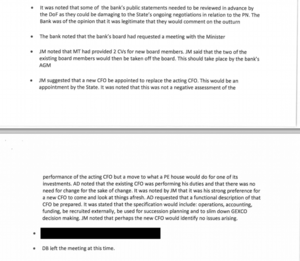 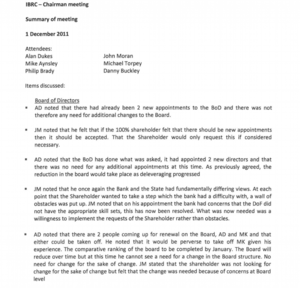 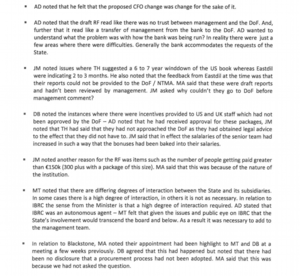 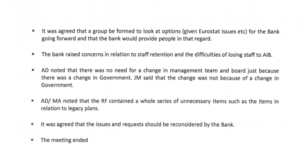 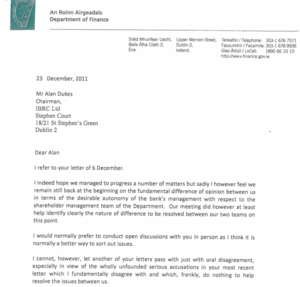 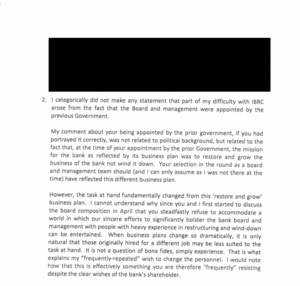 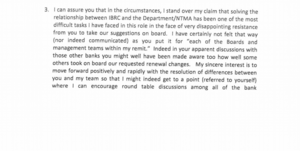 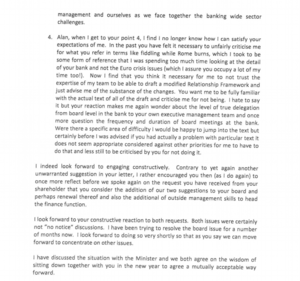 It Wasn’t Me Either

26 thoughts on “Whose Bank Was It Anyway?”