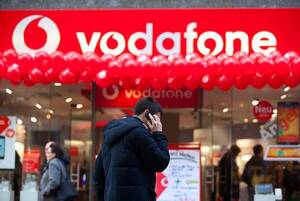 In March of this year Vodafone announced that it would offer Vodafone employees 16 weeks paid leave and reduced working hours, 30 hours a week for six months with full pay once they returned after maternity leave. A lot of mothers in Ireland commended Vodafone on their new maternity policy

Little do people know that the retail staff – the faces of the company, who many customers come face to face with –  do not receive the same benefits of having paid maternity.

We the staff,  many whom love working for Vodafone,  have little or none of the same entitlements that staff at head office receive.

Roam Wasn’t Built In A Day