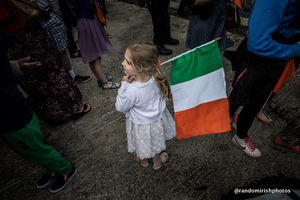 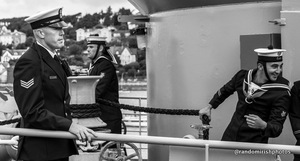 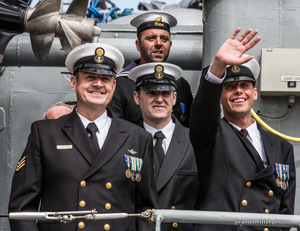 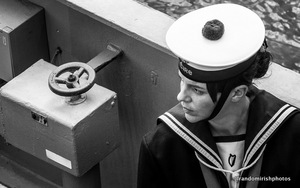 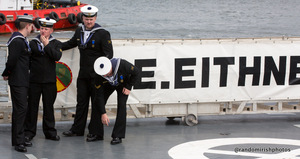 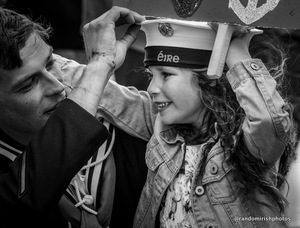 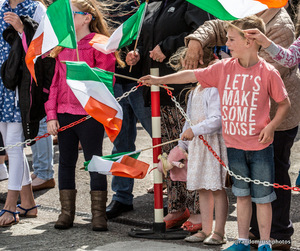 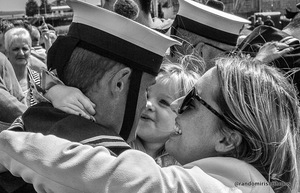 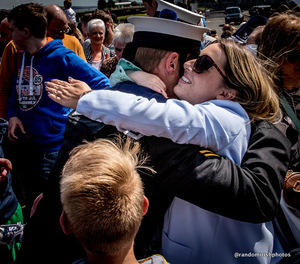 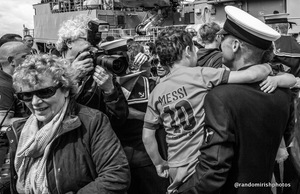 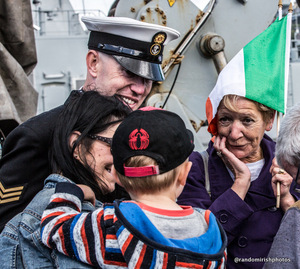 Scenes by Random Irish Photos of the return of the LE Eithne to Ireland [Cork harbour] following a tour of duty of the Mediterranean which included rescuing capsized migrants.

A few days ago, government ministers were tripping over themselves to be seen with the crew of LE Eithne.

The recent trip to Malta saw not one but three ministers, plus a rake of military top brass and high-ranking civil servants all on hand in the baking Maltese sunshine to welcome the Naval Service’s flagship into port at the end of her humanitarian mission in the Mediterranean.

Even the ship’s send off from its base in Cork merited not just Defence Minister Simon Coveney, but also the Taoiseach.

Earlier today, however, it was a moment where the political classes took a step back and let the crew and their families enjoy the moment they had all been waiting for since being deployed on May 16.

As the only ministerial attendee, Minister Simon Coveney kept it short and sweet – with a brief review of the guard of honour and then the families burst forward into the arms of their loved ones.

The LE Eithne has been operational for six weeks, carried out 22 separate rescue missions and rescued 3,400. A total of 170 of these were children.

The EU’s €120 million Triton mission, which replaced Italy’s Mare Nostrum migrant operation, started after growing concerns about the fate of migrants fleeing war-torn Africa and seeking a new life in Europe. Up to 1,000 migrants died in an horrific 24-hour period in April.

Minister Coveney confirmed earlier this month that Ireland will remain in the Mediterranean as part of the Triton mission until at least the end of September.