Who really benefits from Eircode?

The country in general?

Answer: none of the above

Guess who was on The Postcode Working Group?

John Tierney himself. Of Poolbeg and Irish Water  fame. He resigned his position upon starting at Irish Water.

The contract was tendered in breach of EU regulations on procurement, and was set up so that any company with a turnover below €40m wouldn’t be considered.

The contract was “awarded” to Capita Business Support Services Ireland, a UK consortium. It was famously nicknamed “Crapita” by Private Eye for its numerous “failures and setbacks in the Public sector”.

Why a national postcode system would be awarded to a foreign company is hard to comprehend to start with, and harder still given its track record.

But it might be easier to understand when you learn that Crapita was appointed as servicer to NAMA in 2013:

“Under the contract, Capita will deliver primary servicing for NAMA loans with nominal balances of €41 billion. For €5.1 billion of this, Capita will also provide special servicing in the management of over 300 debtors under a framework from NAMA. The contract is worth approximately €80 million (around £69m) over 4 years and will commence on 12 August 2013. An additional 140 employees will be taken on by Capita as a result of the contract.”

The postcode consortium is headed by Capita but also includes: Bearing Point, Autoaddress, Tico Group and An Post. Some of them were on the working group set up by the Government, either directly or through proxy. This is more than a mere conflict of interest.

Mr Alex Pigot was seated on that postcode working group. His company, Tico Group, specialises in bulk mail and direct marketing. He is also a Board member of Federation of European Direct Marketing (FEDMA). Tico Group is now an Eircode consortium member.

An Post was represented on the working group by Diarmuid O’ Conghaile, Head of Regulatory Affairs, and Liam O’Sullivan, Director of Mails Processing. An Post is now an Eircode consortium member.

While not on the Working group, other members of the consortium have undisclosed interests.

While not being immediate members of the consortium, it is clear that Autoaddress directors have access to information that could increase business for their other company, Gamma. This might explain Gamma’s eagerness to get the codes accepted, as shown on their website (above)

As we have seen, they all have a vested interest in the types of business they are involved in (Direct marketing, geolocation, consultants etc ) either directly or indirectly, and some were sitting on the very board designed to set up Eircode by the government. Yet they are now directly involved as members of the consortium.

But what links Capita, Bearing Point, Autoaddress, Tico Group and An Post? It is stranger still.

Autoaddress/Gamma’s Feargal O’ Neill and Patrick Donnelly share yet another directorship: Bizmaps,  a newly launched online location finding company is currently finalising a £750,000 (€952,000) seed financing deal for the first phase of its development.

Bizmaps has developed software which provides businesses with online access to mapping, listings, routes and directions-on-demand services for the Irish market.

While searching for data on the company, I came across the published Purchase Orders for the Dept of Agriculture. Looking at the spreadsheets, I found these companies had all provided services to the department.

SouthWestern manages the animal passports process on behalf of the Department of Agriculture & Food. Its other clients include Bord Gáis, the Department for Environment, Food and Rural Affairs, Bord Bia, Eircom and Failte Ireland.

And guess who snapped UP Southwestern last year?

The head of the Eircode consortium, Capita.

Members of the consortium, put together, made €26m from the Dept of Agriculture alone.

In 2013, Southwestern was refinancing €11m of IBRC debt. Their owners, Ion Equity, were also fighting O’Brien on Topaz. Was Capita in a position to snap it, as a servicer to NAMA?

Were they provided insight into the value of business to Southwestern by The Dept Of Agriculture?

A Fine Gael government, giving a brand new consortium to a UK Company despite enormous conflicts of interest, appointing it as a NAMA servicer, and providing it with companies well serviced by Government Ministries……How many hornets in a hornet’s nest?

More here: How greed, cronyism and vested interests are serving anyone but the Irish public (BeYourOwnReason) 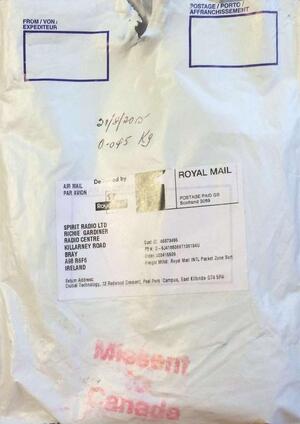 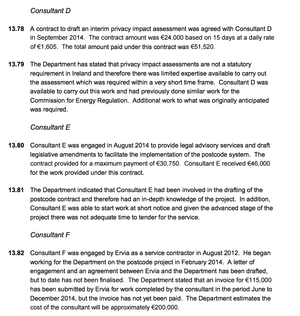 Eircode And A Pattern Of Non-Competitive Tenders For Consultants

51 thoughts on “No Honour No Code”