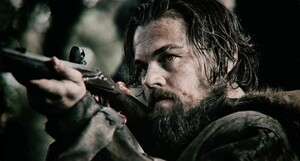 2. Alejandro González Iñárritu’s eagerly anticipated follow up to Birdman (2014), one of the most divisive movies of last year. If you loved it, odds are your mate hated it. Your mate’s wrong.

3. Can Iñárritu bag an Oscar two years in a row? Doubtful, but he’ll certainly be in contention. Probably best to keep Sean Penn away from the podium, just in case.

5. Iñárritu certainly doesn’t make things easy for himself. After choosing to shoot Birdman using a brilliant one-shot device, the director’s self-imposed handicap on The Revenant was the decision to shoot the film in sequence.