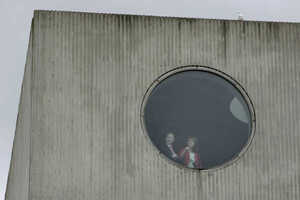 Tanaiste Joan Burton and Taoiseach Enda Kenny at the launch of the Low Paid Commission report on the national minimum wage at the Sean O’Casey Community Centre at the North Wall, Dublin today.

The commission has suggested a “dramatic” rise of 50c in the minimum wage.

21 thoughts on “Through The Round Window”