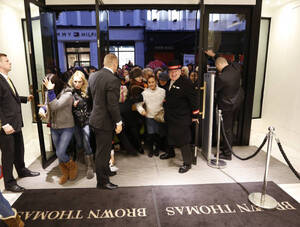 A surge in spending on houses, cars and household goods coupled with growing employment has seen consumer sentiment hit levels not seen since the height of the boom, a survey has found.

Retail  sales volume rose by 3.7 per cent in 2014 while the value of the sales increased by 1.6 per cent indicating a significant upturn in activity. This upward trend has continued into 2015, with sales volume up by 6.6 per cent in the second quarter of this year compared with the same period last year..

It Still Beats Going By Ryanair

All You Need To Know About Toothpaste