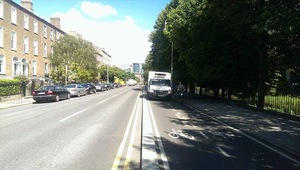 What a plank. Double yellow lines so parks in the bike lane….

Update: Lisa adds: “Percy Place along the [Grand] Canal at around 2pm yesterday.”