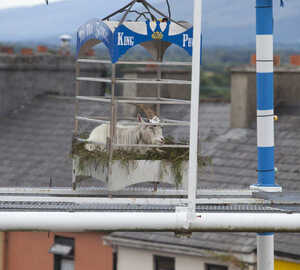 Day three is called the Scattering. 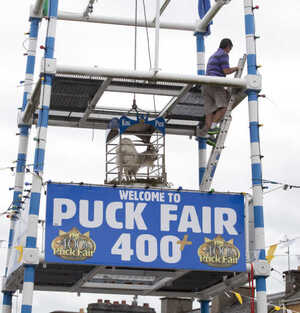 King Puck being lowered from his perch for a one hour photo session with the public for €10 per photo.