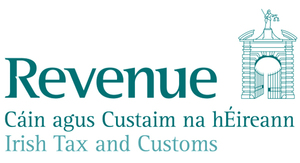 Carl O’Brien, in today’s Irish Times, reports that a Government scheme – which sees multinationals get 25% of their expenditure on research and development in cash or credit against their corporation tax – is being abused by certain companies.

Mr O’Brien reports that Revenue audits have found certain UNNAMED companies are exaggerating their R&D costs in order to lower their tax bills.

In 2013, the companies had to pay €21million in back-tax after audits, while provisional figures for 2014 – that are likely to rise as ongoing audits are finished – show another €14million has been paid back.

“Official figures show the credit is used predominantly by multinational firms and other large employers in the tech and manufacturing sectors… More than 1,500 companies availed of the credit last year, up from just 75 in 2004. Over that same period, the cost to the exchequer – in credits and foregone taxes – has risen from just over €70 million to more than €400 million last year.

While the credit has been identified internally by Revenue as a “significant risk”, a recent review by the Department of Finance found it played a vital role in supporting thousands of jobs and almost €2 billion of research activity. Industry sources say it helps support as many as 19,000 jobs.”