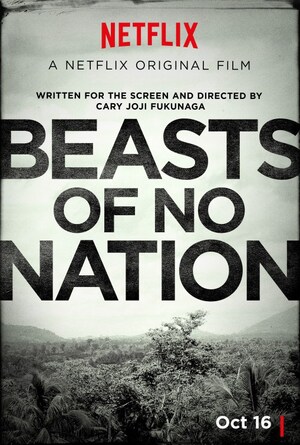 1. In a war-torn West African country, a young boy (Abraham Attah) is forced into the life of a child soldier when his father is killed by mercenaries.

3. Netflix also passed on Top Gear. Well played. On the other hand, they have financed FOUR Adam Sandler movies. So it’s a one-all draw.

4. Idris Elba and Tom Hardy are the current names attached to take over as Bond when Daniel Craig steps down.

5. Although we would be happy to see Elba playing DCI John Luther in perpetuity.

14 thoughts on “Broadsheet Trailer Park: Beasts Of No Nation”