They hate us for our megalithic passages.

“Look at what’s happened in Syria with the growth of ISIS. Purely from the historical point of view, they want to blow up Newgrange and the Rock of Cashel, they want children shooting others in the head, this is horrendous….”

The Taoiseach also said there is “no split” over how many refugees Ireland will take. Mr Kenny said he is not fixated on numbers, despite Tánaiste Joan Burton saying we should take 5,000.

Taoiseach: ISIS ‘want to blow up Newgrange’, we must allow refugees in Ireland (BreakingNews) 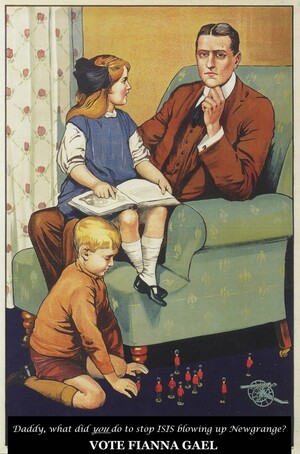