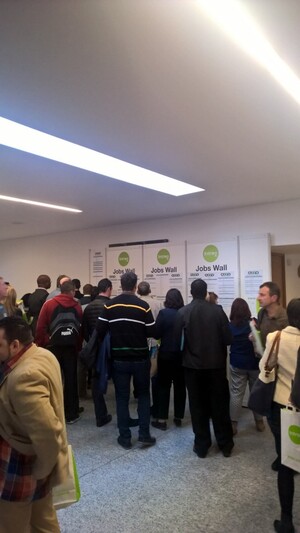 Got a semi-threatening letter telling me to attend an Intreo [formerly Fás] jobs fair in Dublin castle. Above is a pic of the “Jobs Wall”. Probably would have been a great idea, if there wasn’t over a thousand people arriving every hour. Also nice to see Dublin Bus have joined the Job Bridge band wagon, having by far the biggest stall in the fair. Tenner says they’re next to be privatised. #TalkToJoan #AskMeBolix

My Last Week Of JobBridge

Intreo The Out Door

The Lack of Science Bit

32 thoughts on “Walls And Bridges”