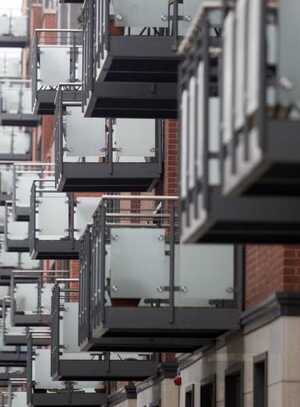 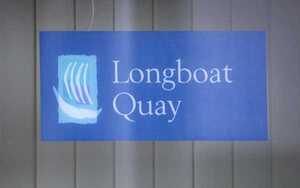 Further to issues at the Longboat Quay complex in Dublin, where apartment owners may be forced to evacuate because the complex has failed to meet fire safety standards, a commenter asked:

“Could the directors of the development company (Gendsong Limited) not be guilty of fraud in respect of the construction and/or certification of Longboat Quay apartments, now exposed as being in breach of the Fire Safety Regulations?”

We asked Legal Coffee Drinker what’s it’s all about?

Too busy for a ‘chat’, LCD penned the following:

Under company law, a company is regarded as separate from its directors and shareholders. That means that, normally, its directors are not liable for wrongs committed by the company or its agents. The company itself can be sued, but if it’s broke, that means that it has no money to pay in compensation. The fact that Gendsong Limited is now in receivership makes it unlikely that it has substantial assets.

There are however exceptional cases in which a director can be held liable for the debts of a company, or sued for damages as a result of actions committed by it.

The first of these is under Section 610 of the Companies Act 2014 (previously contained in the Companies Act 1990). This provides that a receiver, or liquidator, or creditor, may bring proceedings in the High Court against a director or former director of a company which is in the course of being wound up, where it appears that that person was, while a director of the company, knowingly a party to the carrying on of any business of the company in a reckless manner, or with intent to defraud creditors, or for any fraudulent purpose. If they succeed, the director will be held personally liable for the debts of the company.

In addition, Section 818 of the Companies Act 2014 (also previously contained in the Companies Act 1990) provides that the Director of Corporate Enforcement, a liquidator or a receiver of an insolvent company may apply to the High Court to have its directors restricted from acting as company director unless the company in respect of which they are director has a substantial amount of financing. If granted, the restriction normally lasts for a period of 5 years.

Also, there is authority [Invertec Ltd v De Mol Holding BV and Another [2009] EWHC 2471 (Ch)] that a director may be held liable at common law for fraudulent misrepresentations made by them on behalf of the company. This is English authority but there appears no reason why it would not be followed in Ireland, although it applies in exceptional cases only.

Gendsong is now in receivership and it would be interesting to know whether or not the receiver, or the Director of Corporate Enforcement, have applied or are contemplating applying for a restriction order against its directors.

It would be also interesting to know whether there are any plans to put Gendsong into liquidation, so as to raise the possibility of an application for a restriction order. A resident, who has obtained a judgment against the company, would be deemed its creditor for the purposes of company law, and as such would be entitled both to have the company, if insolvent, liquidated and subsequently bring a claim to have the directors held personally liable for its debts in circumstances of reckless or fraudulent trading as defined above.

It’s possible that directors of Gendsong may seek to claim they relied on the architect who designed and certified the development. The question of course is whether it was reasonable for them to so rely or if they knew, or should have known, that the Fire Safety Certificate provided was wrong.

The residents may also have an action against the architect in negligence. Whether or not it is worth taking such a case depends on his assets and whether or not he is covered by insurance. Complaints may also be made to the professional bodies in the countries in which he carries on business, with a view to have him excluded from practice in those countries.

Previously: How Many More Longboats

Buy To Lets And Sitting Ducks

16 thoughts on “The Longboat Of The Law”