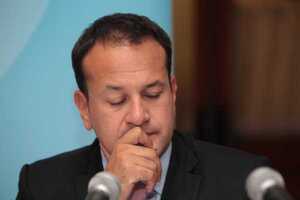 “Hospital waiting lists continued to rise in September despite tens of millions of euro pumped into the health system by Minister for Health Leo Varadkar to reduce delays.”

“The number of people waiting more than 18 months for inpatient or daycase treatment has soared 11,710 per cent since a low recorded by the HSE in late June, while long waiters on outpatient lists are up 563 per cent, new figures show.”

“…Waiting list numbers were cut at the end of June through an outsourcing initiative which saw over 20,000 patients given appointments with private doctors. This allowed [Health Minister Leo] Varadkar to claim a 96 per cent-plus success rate in cutting long waiting lists.”

“However, patients’ names were taken off the list where they had received an appointment, even if they hadn’t yet seen a doctor. Many chose not to opt for private treatment and their names are back on the public list.”

31 thoughts on “Carry That Wait”