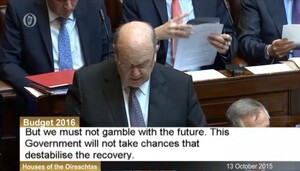 53,000 new jobs will be created by year’s end says Michael Noonan. The JobBridge will need to be strengthened! #Budget2016

Noonan just slapped another 50c on my smokes. Cross the border once a week so #budget16

Noonan claims there will be “no more boom and bust.” Factually incorrect, systemic nonsense and political bullshit #budget16 #Budget2016 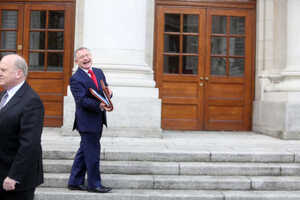