The Woodcreek Faction does for the Democratic hopefuls what they already did for the Republicans. To wit:

Hillary Clinton, Bernie Sanders, Jim Webb, Lincoln Chafee and Martin O’Malley face off at the Democratic presidential debate, hosted by CNN’s Anderson Cooper minus the debate. Recut with no dialogue.

You Wouldn’t Get This On VB Tonight

If Romney And Obama Switched Hair 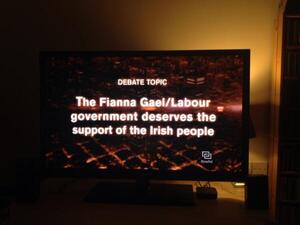 2 thoughts on “The Democratic Debateless”