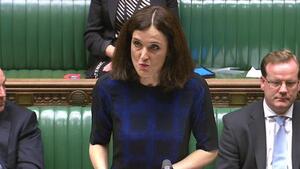 British Secretary of State for Northern ireland Therese Villiers in the House of Commons this afternoon.

A Government-ordered review has found that all the main republican and loyalist terror groups in Northern Ireland remain in existence, but are now committed to peace.
The independent review, called by Theresa Villiers, also found that all the main groups had committed murders since the 1998 Good Friday Agreement but their leaders were now committed to peaceful means, she told parliament.
It also found that the structures of the Provisional IRA remain, including an Army council, but in a “much reduced form”, Ms Villiers said.
She said the report found that “individual members of paramilitary groups with a legacy of violent activity still represent a threat to national security”.

Nothing gets past them.

My fave part of the Villiers report is where they say they got some of their info from "THE INTERNET." pic.twitter.com/yI0Bfyn2S4 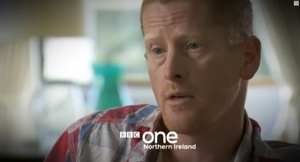 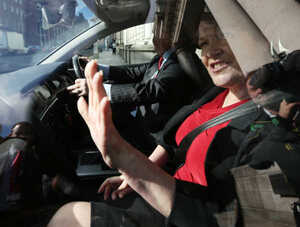